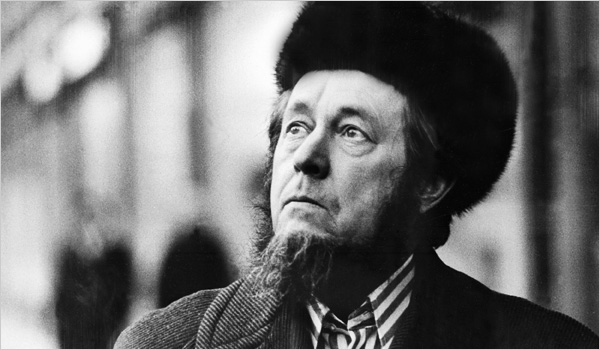 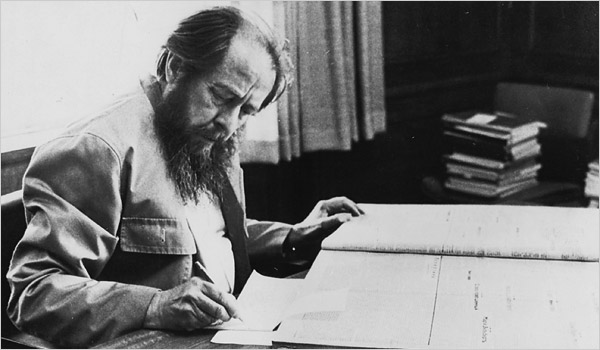 Mr. Solzhenitsyn at work in the Hoover Library in Stanford in 1976. The Times: Last struggle is over for Nobel laureate Aleksandr Solzhenitsyn. 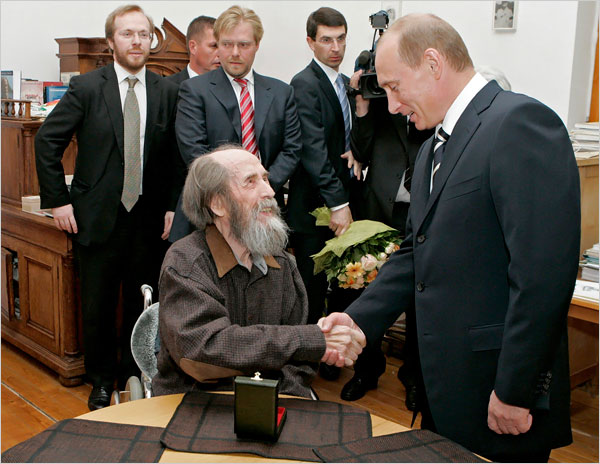 Aleksandr Isayevich Solzhenitsyn, the Nobel Prize-winning author who chronicled the horrors of the Soviet gulag system, died on Sunday. He was 89. Left, in 2007, Mr. Solzhenitsyn received the visit of Russian President Vladimir Putin at his home outside Moscow. Photo: Ria Novosti/Reuters 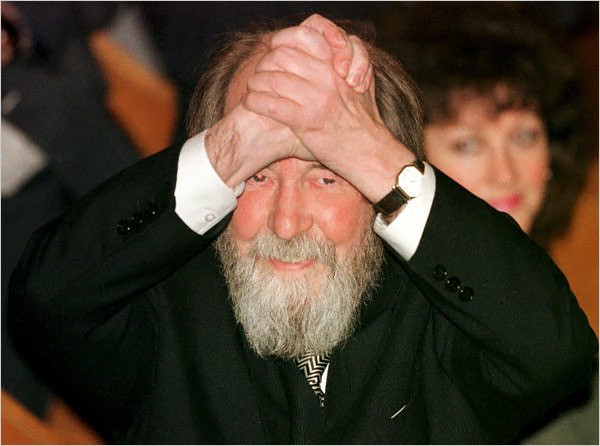 Mr. Solzhenitsyn reacted before a concert given in honor of his 80th birthday in Moscow in 1998. He had been an unknown high school science teacher in a provincial Russian town when he burst onto the literary stage in 1962 with “A Day in the Life of Ivan Denisovich.” The book, a mold-breaking novel about a prison camp inmate, was a sensation. Photo: Viktor Korotayev/Reuters 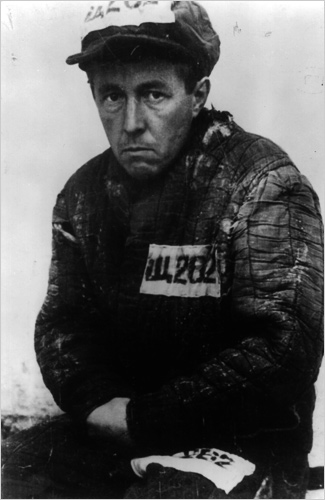 Mr. Solzhenitsyn in the 1950s at the Kazakh prison camp that inspired “A Day in the Life of Ivan Denisovich.” 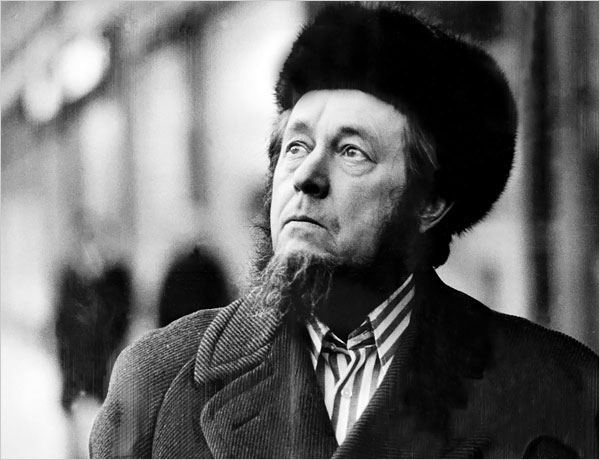 Mr. Solzhenitsyn in Germany in 1974, a few days after being deported and stripped of his citizenship. Since the publication of “A Day in the Life of Ivan Denisovich,” Mr. Solzhenitsyn’s fame had spread throughout the world as he drew upon his experiences of totalitarian duress to write evocative novels like “The First Circle” and “The Cancer Ward” and historical works like “The Gulag Archipelago,” his masterpiece which led to his expulsion from his native land. Photo: Agence France-Presse — Getty Images 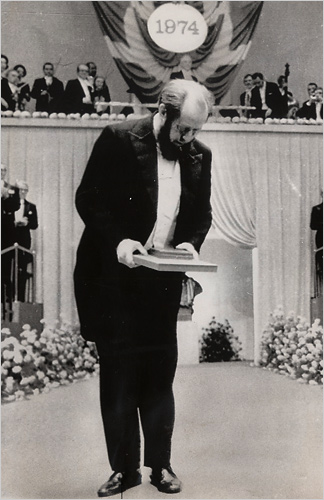 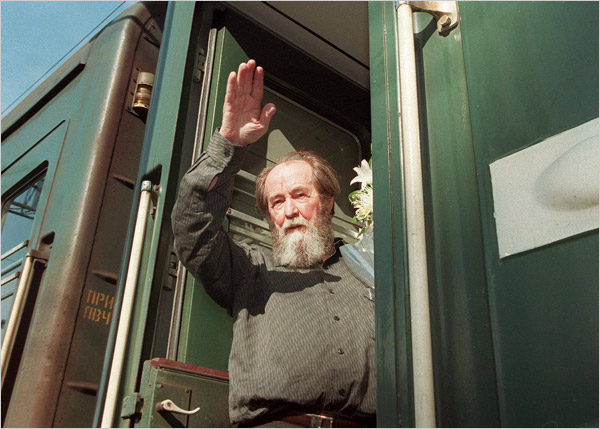 Mr. Solzhenitsyn waved as he got on a train in 1994 in Vladivostok bound for Khabarovsk. Mr. Solzhenitsyn returned to Russia from two decades in exile in 1994, after the fall of the Soviet Union. Photo: Michael Estafiev/European Pressphoto Agency 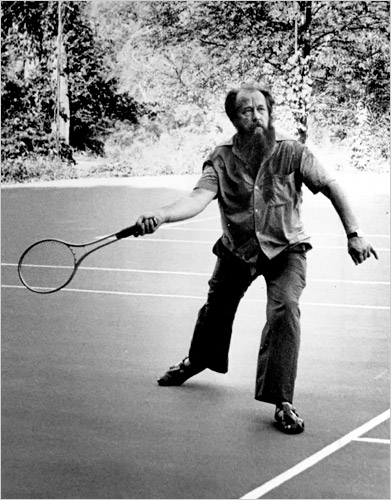 Mr. Solzhenitsyn played tennis at Norwich University in Northfield, Vt., in 1975. Mr. Solzhenitsyn spent most of his exile in the hamlet of Cavendish, Vt. There, he kept mostly to himself, protected from sightseers by neighbors. Photo: Associated Press 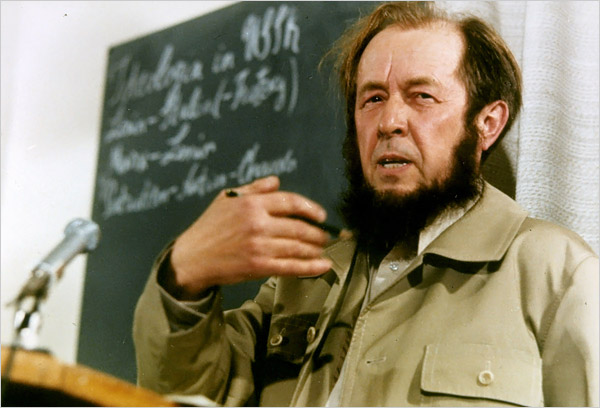 Mr. Solzhenitsyn at a news conference in Zurich, shortly after he was deported in 1974. In exile, he kept writing and thinking a great deal about Russia. Many in the West didn’t know what to make of the man. He was perceived as an undeniably great writer and hero who had been willing to stand up to the leadership of a totalitarian state. Yet he seemed willing to stand up and lash out at everyone else as well — democrats, secularists, capitalists, liberals and consumers. Photo: Bernard Frye/Associated Press 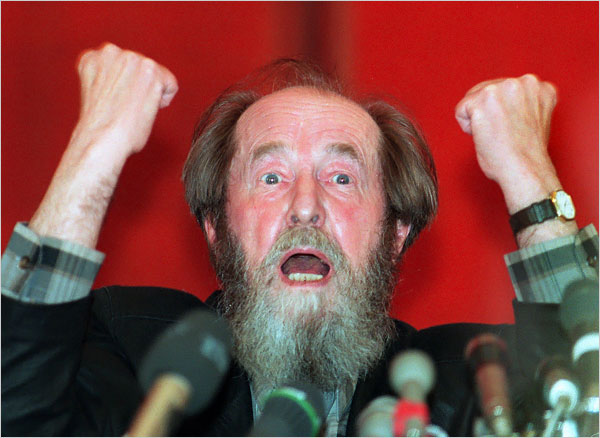 At a news conference in Vladivostok in 1994. Upon his return to Russia, Mr. Solzhenitsyn began to voice his pessimism, deploring the crime, corruption, collapsing services, faltering democracy and what he felt to be the spiritual decline of Russia. During his 20 years exile, he never doubted he would be able to return to his homeland. Photo: Michael Estafiev/Agence France-Presse — Getty Images 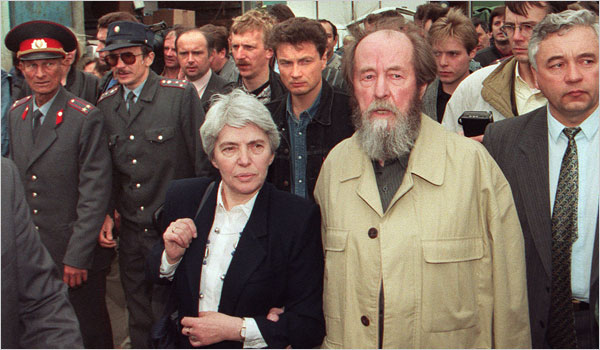