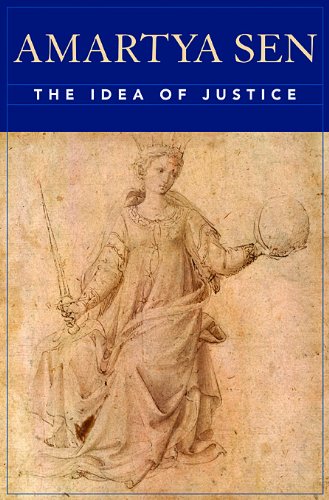 Social justice: an ideal, forever beyond our grasp; or one of many practical possibilities? More than a matter of intellectual discourse, the idea of justice plays a real role in how—and how well—people live. And in this book the distinguished scholar Amartya Sen offers a powerful critique of the theory of social justice that, in its grip on social and political thinking, has long left practical realities far behind.

The transcendental theory of justice, the subject of Sen’s analysis, flourished in the Enlightenment and has proponents among some of the most distinguished philosophers of our day; it is concerned with identifying perfectly just social arrangements, defining the nature of the perfectly just society. The approach Sen favors, on the other hand, focuses on the comparative judgments of what is “more” or “less” just, and on the comparative merits of the different societies that actually emerge from certain institutions and social interactions.

At the heart of Sen’s argument is a respect for reasoned differences in our understanding of what a “just society” really is. People of different persuasions—for example, utilitarians, economic egalitarians, labor right theorists, no­-nonsense libertarians—might each reasonably see a clear and straightforward resolution to questions of justice; and yet, these clear and straightforward resolutions would be completely different. In light of this, Sen argues for a comparative perspective on justice that can guide us in the choice between alternatives that we inevitably face.